The Suffolk Medal was launched in March 2019 with nominations to be made by the general public in Suffolk and decided upon by a panel of the county’s leaders. Its purpose is to recognise, reward and champion the exceptional contributions of Suffolk people that have made a fundamental, measurable and lasting difference to the lives of people in our county.

A clear demonstration of outstanding volunteering, either as a single feat, an accumulation of personal impact over a period of time or, indeed, a lifetime of selfless service are key elements for consideration. 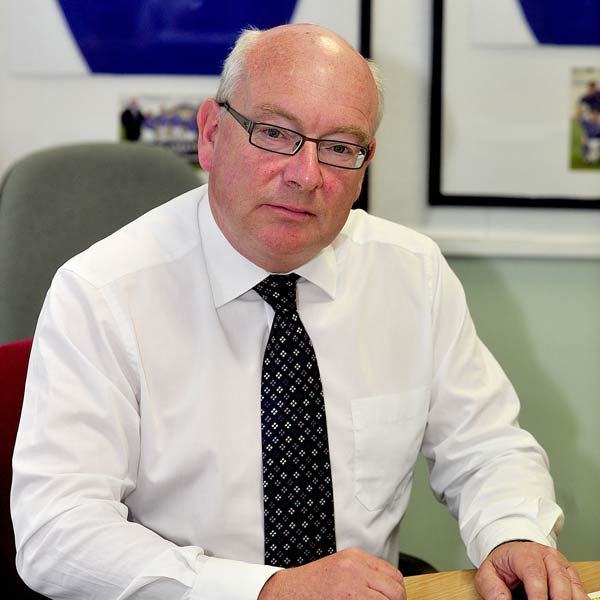 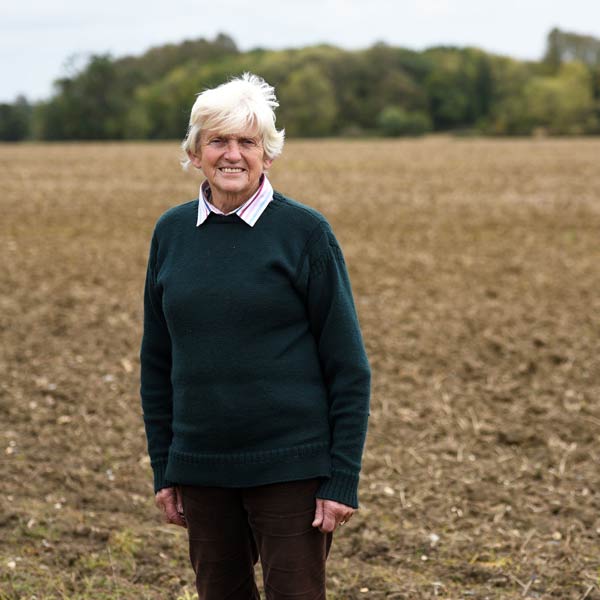 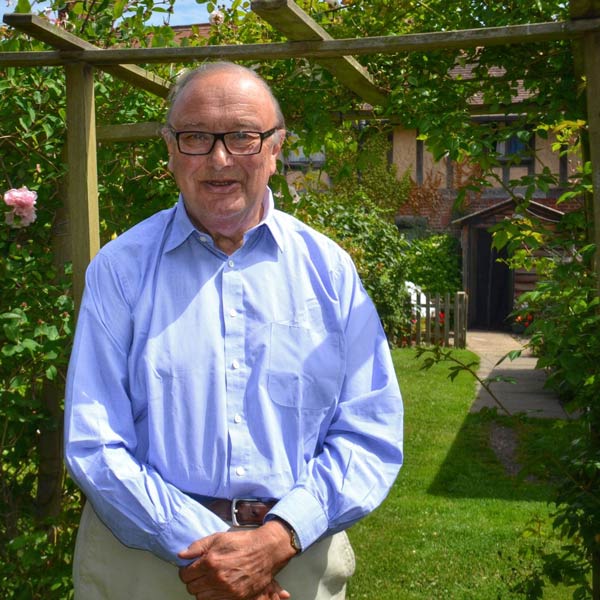 This year’s recipients have made their contribution to Suffolk in a variety of ways including outstanding leadership, ambassadorship, volunteering and philanthropy. The positive impact they have made has been particularly focused on issues including rural isolation, older people in crisis, mental health and well-being and the championing of a variety of aspects of business, cultural and local community life.

The unanimous decision of the panel required to make this award prompted the following responses from a panel currently including: The Lord Lieutenant (chair), Suffolk’s High Sheriff and Police and Crime Commissioner, CEO’s from our County Council and Chamber of Commerce, The CEO’s  of Suffolk Community Foundation and Community Action Suffolk, a :Lieutenancy representative and founder of the medal former High Sheriff George Vestey.

It is intended that those honoured every year with the medal, will have their names recorded and their stories told in perpetuity, in an exciting interactive display at the new Suffolk Records Office – The Hold. The judging panel meets at least once a year and nominations for future medals can be made directly online by any Suffolk resident via this website.

The Suffolk Medal investiture will take place on the 20th June 2019.

Terry was the editor of the East Anglian Daily Times for 21 years until his retirement in September 2017. He joined the newspaper in 1979 and went on to become the longest serving editor of any regional daily newspaper in the country.

Terry was born and educated in Suffolk and his whole life has been dedicated to supporting and making a positive difference to the county – Suffolk absolutely runs through his veins. Winning a huge amount of trust and respect from Suffolk people from all walks of life, his approach as editor was never partisan, he simply regarded his role as his public duty. His approach was to seek out the truth of the situation and give an entirely reliable account of it for the benefit of the whole of Suffolk.

In amongst his support for local business, sport, education and tourism, Terry has a particular  interest in rural life and agriculture and fully embraced his role as president of The Suffolk Agricultural Association in 2015. As chair of Ipswich Vision, Terry is a longstanding champion for the re-generation of our county town, Ipswich and its important role as the key driver of a healthy Suffolk economy. Terry has been a huge supporter of Suffolk’s voluntary sector, always shining a light on charities and community groups addressing the broadest cross section of need in our county. Terry has always been a very vocal supporter of the need for a central resource to support Suffolk’s social challenges and the charities who address local need. Key to this has been his support for Suffolk Community Foundation. His endorsement and hands on editorial support for their Suffolk Surviving Winter Appeal has seen it consistently lead the UK in the amounts it has raised to support older vulnerable people during the winter months. Many other local charitable initiatives simply would not have delivered all that they have without his passionate and consistent editorial. Against a backdrop of a steady decline in the presence of traditional and regional press, Terry’s passion, commitment and support to achieve community cohesion through strong regional and local community communication has played a major part in ensuring that we still have a vibrant local and regional press in print and online in Suffolk today.

One of Terry’s greatest attributes is the way he has used his own personal challenges and those of his family to increase his own understanding and to take action on behalf of others. His approach has always been to roll up his sleeves and this has proved to be an inspiration and a catalyst for positive change to local lives across the county.

Since his retirement, he has become a volunteer for more than a dozen important organisations and charities, he is currently a trustee of Inspire Suffolk, Headway Suffolk and St Elizabeth Hospice. He is also chair of the development board at The Museum of East Anglian Life and remains hugely committed to making a significant and lasting difference to our county.

Canon Sally Fogden was a member of the first group of women to be ordained in the Diocese of St Edmundsbury and Ipswich in 1994 and has been the Diocesan Adviser on Women’s Ministry, the Bishop’s Agricultural Chaplain and Chairman of The Diocesan Board of Education.

Sally has been a member of the national committee of the Rural Stress Information Network, and a member of the National Board of the Farm Crisis Network. She is founder and chair of the Suffolk branch of the Farming Community Network and the driving force behind the Addington Fund which did so much to alleviate problems of Suffolk pig farmers during the outbreak of Classical Swine Fever in 2000 and in helping rural communities during the Foot and Mouth epidemic in 2001, for which she received an MBE.

As a physiotherapist for Hillside and Riverwalk special schools, Sally introduced their young people to Riding For The Disabled and has now been coaching children at the charity for 45 years.

Sally has done huge amounts of good to alleviate rural loneliness and isolation through the founding of the Rural Coffee Caravan in 2003, for which she was honoured with the Points of Light Award by the Prime Minister in recognition of her outstanding volunteering. Most recently, Sally played a key role in supporting the team at The Rural Coffee Caravan and Community Action Suffolk to establish the Meet-up Mondays initiative, in recognition of the fact that isolation and loneliness are also prevalent in urban areas in Suffolk. This important and ground-breaking initiative encourages a much needed partnership between the local community, local businesses and the voluntary sector. Although only currently in its infancy, it has already led to dozens of individual groups springing up right across Suffolk.

Sally has immense personal compassion for everyone she meets, is gentle and humorous, yet focused and determined in supporting the vulnerable; truly a shining light to the ideal of selfless giving back. She is such a positive, uplifting and genuine person who is always ready to embrace new opportunities to help others.

Richard is the latest in a long line of social activists and philanthropists including his mother’s grandfather Charles Booth, whose maps of poverty in a London street formed the model for identifying pockets of need to this day.

Richard himself has made an enormous lifelong contribution to Walsham-le-Willows and the county of Suffolk as a whole. His commitment to protecting the history and character of the village is manifest in his donations of land and buildings. Richard’s great grandfather built 7 blocks of cottages in the village, including sheltered housing for the elderly. In 2011 Richard took the decision to donate 4 of the blocks in the centre of the village, 12 cottages in total, to Suffolk Community Foundation so that they and the gardens around them may remain unspoilt for future generations while the surplus rent will fund good causes in Suffolk.

Richard’s professional life was as a brewer, training first with Greene King in Bury St Edmunds before working for Whitbread. He became the director of the brewery responsible for its community affairs and was closely involved in developing the YTS Scheme which provided training for school leavers to help them find employment.

Richard retired early to devote his time to the voluntary sector. For 10 years he chaired the East Region of the National Lottery Charities Board, which funded many Suffolk charities, sat on the National Curriculum Council with particular interest in its vocational aspect. For many years he chaired the Martineau Trust, a charity that provides grants for essential but otherwise unaffordable items and expenses for Suffolk people suffering from illness or disability.

On his farm he has created new woods and planted countless hedgerows on an abandoned airfield and has opened a network of permissive footpaths across most of his land so that walkers may enjoy the beauties of the countryside. He has also given land to the Sports Club which has enabled it to expand and install an all-weather pitch. Its volunteers manage football and cricket teams for all ages and both sexes. They organise walking football and netball for older members and the Great Local Run for up to 60 people on a Saturday morning, not to forget the bowls green and the all important social club.

For the last fourteen years Richard has helped the club adapt to changes in the charity laws so that, at last, it owns its own ground and has achieved full charitable status.